The Ford Fusion app program’s goal was to gain the highest number of online conversations prior to the vehicle’s official unveiling at the North American International Auto Show in Detroit. I led the entire project from concept to execution and final delivery, including hands-on UX design, Information Architecture, Creative Direction and detailed storyboards.

For 30 days, the app was designed to automatically unlock new content in the form of app and vehicle features, background music, visual transformations of the vehicle, as well as twenty (20) unique environments users could drive in 3D. On launch day users were treated to beautifully rendered 360° images of the vehicle in three exterior launch colors, driven on a special final track that emulated the official marketing visual style.

Mashable named it One of 6 Branded Apps on the Cutting Edge of Innovation. 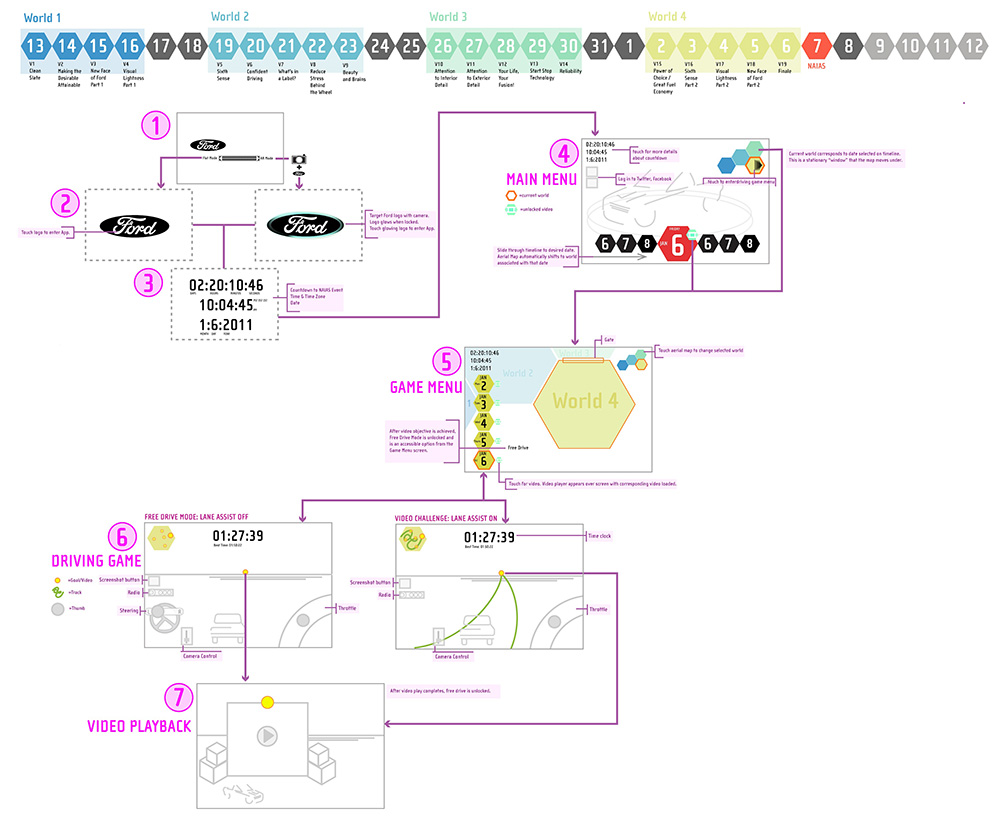