While serving as a Creative Director at Hallmark I had several conversations with the in-house recording studio team about music. I also happened to mention my background in playing guitar with bands over the years. Little did I know that experience would come in handy. While sitting at my desk, the phone rang. On the other line was a recording engineer from the studio.

“Hey can you come upstairs for a minute?”
“Sure, what’s going on?”
“We want you to record something.”

When I arrived, he told me he was working a project for the books team. It was a sound book for boys and he wanted to record me playing the guitar.

I couldn’t help but laugh. He then handed me a quarter. I’ve played using coins before. Dimes and nickels…but never while recording.

He plugged me directly into the Mac and said, “Just play like you’re finishing a big rock song.”
“Ok. How long?”
“Don’t go over three seconds because that’s how long the chip can play a sound file.”
“Three seconds? Are you serious?”
“Yeah, I’ll add the drums and crowd noise.”

I did three takes. On the third take, both the recording engineer and his supervisor, who was busy working on something else across the room, yelled, “STOP! That’s IT! That’s perfect!”

The whole session only lasted about 10 minutes. I walked out never knowing when or even if the book would see the light of day. Several months later I was in the mall and wandered into the Hallmark Gold Crown store. I veered over to the book area and there it was. I couldn’t believe it. I picked it up, and as I flipped through to find a rock music oriented page I wondered, “Did they really use it?” 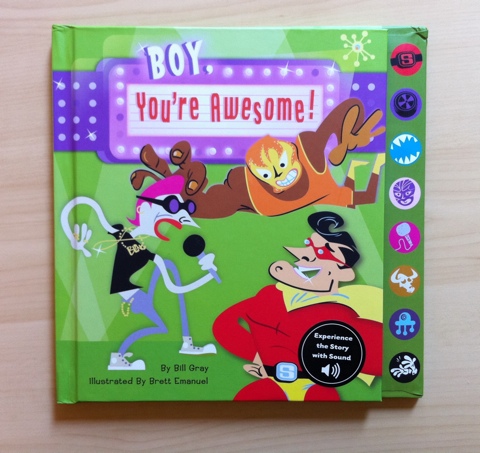 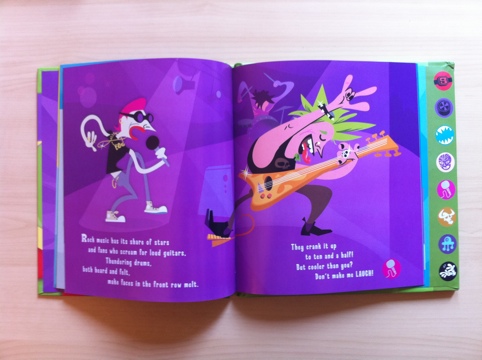