I stumbled across this somewhat creepy photo of Usain Bolt in a series that captured his amazing 200m world record gold medal run. The caption says:

Usain Bolt (background) of Jamaica waits for the start of his 200m semi-final of the athletics competition at the Beijing 2008 Olympic Games in the National Stadium August 19, 2008. REUTERS/Carlos Barria (CHINA) 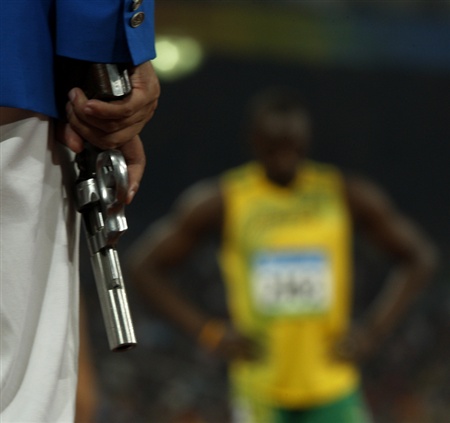