SunPower was on a mission to educate consumers about energy awareness and the process of going solar in a fun and meaningful way. To solve this,Â my team created the “Solar Discovery Game”™ – a first-of-its-kind educational Facebook trivia game. It gave contestants a chance to win the grand prize of a complete SunPower solar energy system and be entered to win more than 60 featured prizes, including plane tickets, video cameras, gift cards and more from a long list of SunPower partners.Â The grand prize winner could add the solar installation to an existing system or gift it to family, friends, a neighbor, or a local community building, such as a school or church.

Contestants answered trivia questions to earn panels (points) towards the grand prize. Players could also earn social collateral, or badges along the way.Â To encourage further solar education, fans were awarded additional points toward the grand prize for clicking a â€˜Find Answerâ€™ link within the game; it directed them to an educational source or article. This key UX design decision was the key for any contestant to obtain the maximum number of points and became a defining aspect of the overall user experience. 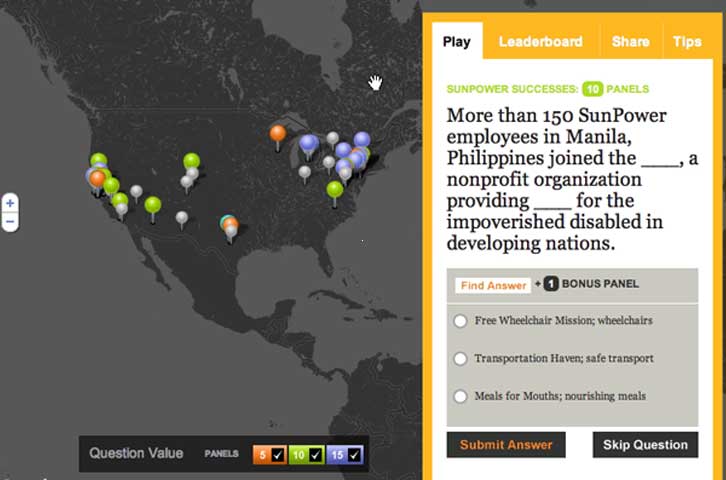 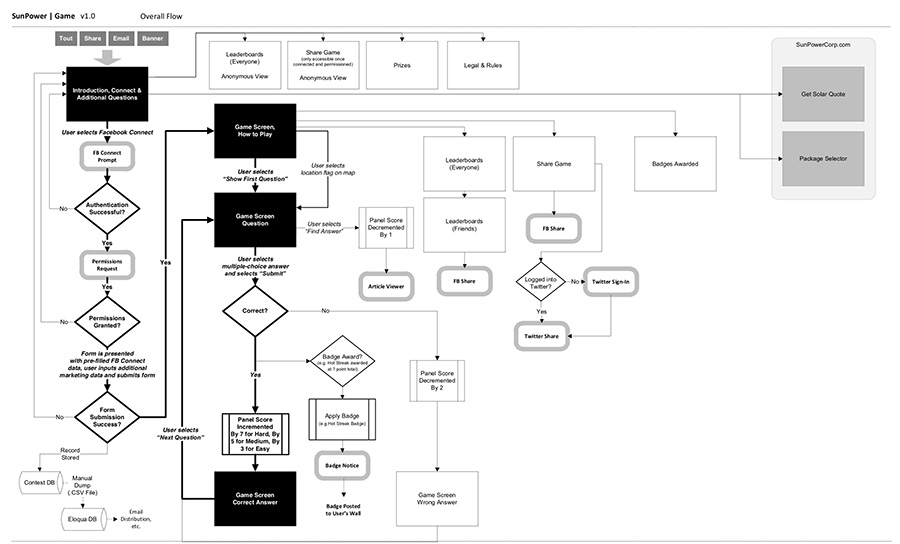